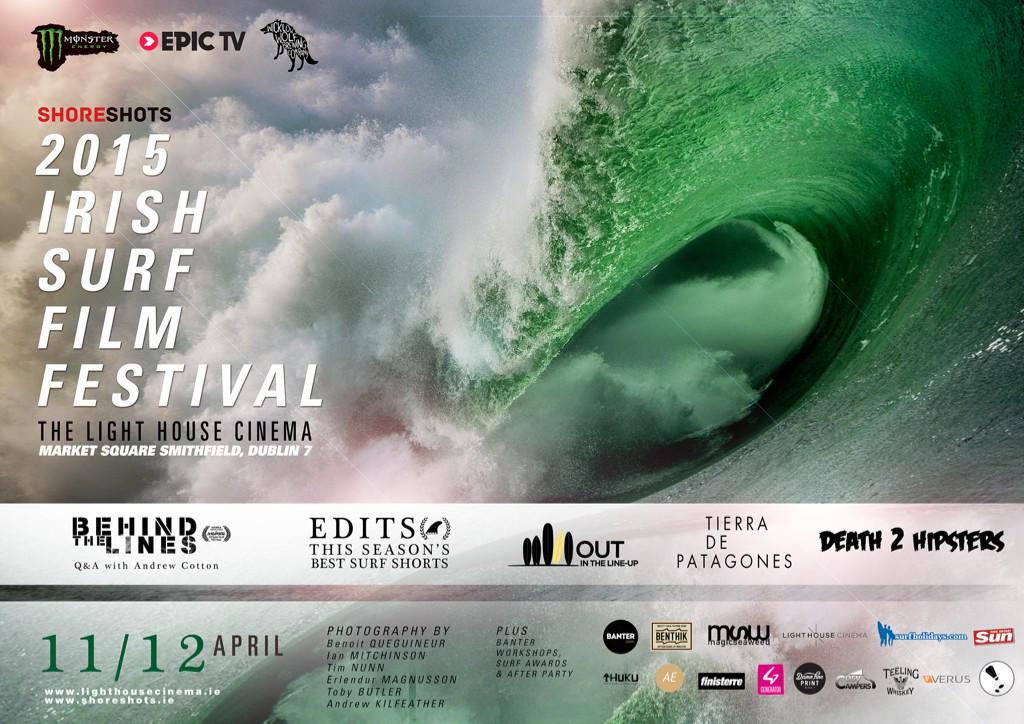 Rafting.ie​ are organising an open event to raise much needed funds in support of the Concern Nepal Earthquake Appeal. The event consists of a paddle down the River Liffey as a collective community followed later by an Open-Air screening of DamNation​ with support from our friends in Patagonia​ on site at our base at the Canoe Centre​, Palmerstown.

We are requesting a minimum donation of â¬10 to participate in both the paddle and attend the screening afterwards. HOW MUCH I hear you say? Not much we know but if you can afford more we will welcome all donations. Peter Conroy surfing the wave, off Mullaghmore Head, which earned him and photographer Roo McCrudden a nomination for the Pacifico Tube of the Year category in the Billabong XXL Awards. Photograph: Roo McCrudden

Co Clare man Peter Conroy (34) from Miltown Malbay and Portrush photographer Roo McCrudden (23) are among the top five nominees for the Billabong XXL âtubeâ of the year.

Known as the âOscarsâ of surfing, the Billabong XXL awards will be presented in San Francisco next month.

Mr McCrudden photographed Mr Conroy riding his surf board in a âtubeâ created by a large wave breaking over Mullaghmore reef in January this year.

Atlantic versus Pacific
The Atlantic wave is up against Fiji's âCloudbreakâ and Hawaii's notorious Pe'hai or âJawsâ for the prize, worth $5,000.

This is the second time the Sligo coastline's wave formation has featured in the awards, but the first shortlisting â last year Irish surfer Ollie O'Flaherty was nominated for his skill off Mullaghmore during the âViking stormâ conditions of March 2012.

Conroy, who works as a fireman in Phibsborough, Dublin, told The Irish Times he had no idea how big the wave was until McCrudden showed him the photographs of it afterwards.

âIt wasn't a particularly big swell, and wind was a bit iffy, but we decided to go out and try it,â he said, having studied isobar charts and weather buoy data in detail the night before the surf.

âWe were using jetskis to tow-in, and I was with Ollie O'Flaherty at the time,â he explained.

âThe wave is usually double the size of you, and you don't quite know what it will do until it breaks over the reef underneath â sometimes it will throw a 'barrel' or 'tube', and sometimes it will just crumble.

âThe first wave I caught smashed over me, and then this second one created a barrel which I managed to catch, and Roo got the photographs from his jetski.â he said.

âIt doesn't always even depend on the size of the wave, as there were lads who surfed a bigger swell than us the week after, but didn't get such a good barrel.â

'Out of nowhere'
Mr McCrudden, who is based near Mullaghmore in Bundoran, Co Donegal, and whose surfing images have been published internationally, recalled that the wave âcame out of nowhereâ.

âThere had been quite an inconsistent swell, and it was a strange sort of day,â he said.

Mr Conroy is an award-winning amateur surfer and a veteran of Co Clare's notorious âAileen'sâ wave system. His wave ride shortlisted for this year's Billabong XXL can be viewed on YouTube.

The shortlist is the second international success this month for Irish surfing.

with complements from discoverireland.ie's photo. Supporting our event with appreciation from Surf Safari

Come Join us We are all set for this years "Surf Safari"as part of the Gathering which all started back in 1997 in Castlegregory Co Kerry
If you've joined the surfing wave washing over the country, get to the Dingle Peninsula 15-23 August for the Surf Safari gathering. Organised to raise awareness of the excellent surf destinations along the Kerry coastline, for both beginners and advanced surfers, this will be based out of Castlegregory and will take you to lots of little known surf spots around the peninsula. http://bit.ly/1ex4K4H

Welcome to www.nationalspringclean.org the online resource for everybody interested and involved in the National Spring Clean, Ireland's premier anti-litter programme.

If you wish to join us for our beach clean on 17th April 2014 please contact us at info@surfsafari.ie

Surf Safari operate Surf packages in Co. Kerry and Co. Clare all year round  with professional Surf instructors and accomodation for groups.  For more information contact info@surfsafari.ie and we will tailor make to your requirements.

Surf Safari has linked up with Redwood Paddle .ie . Please look out for some of our joint conservation projects and events  in 2014 to help keep Dublin Bay clean.

10th May Surf Safari/Redwood Paddle Clean Coast week conservation project/beach clean south Dublin . We are  organising  a clean up of killiney beach area the 10th of May part of the Clean Coast Week. The gathering will be at killiney dart station at 1 pm. We plan as well to organize a demonstration of stand up paddle after the event.  I had planed to have Dun Laoghaire city council to come with a truck to pick up the bags after the event.  We will glad if you could provide any support contact info@surfsafari.ie

Articles from the Archives

Please send us an article from your Surf arcives and we will publish the best, for Surfers to share